Sam has a Family!

12 year old Sam is in the care of “China International Concern“. He is in a very caring environment, but he has also watched his “brothers” be adopted, and he desires his own family. There is more about him here.

Some of the Translation of the Intro Video:

THE QUESTIONS I ASKED THE ORPHANAGE, AND THEIR ANSWERS ABOUT HIM! – March 2015

1. Does he go to school? What grade is he  in? Does he enjoy school?
He currently attends a local mainstream Kindergarten. He is in the highest level class there. Previously, he attended two years at a special education school.

2. Does he do well in school? What are his favorite classes? What are his strengths?
He loves school and is very eager to learn. Each day he comes home and takes the initiative on his own to go straight to a quiet area and do his homework.  He likes studying pinyin, math, writing characters, and P.E.

4. How does his special need effect his mobility? How does it effect his upper and lower limbs?
He walks with a limp. If he is carrying something in his hands while walking, he can get slightly off-balanced. He also has difficulty balancing and lifting his leg above about knee level without having something to hold onto (for example, if stepping over a rope). Otherwise, he is very mobile, walks, runs, climbs stairs, etc. Both hands are slightly palsied, but he can hold a pencil, use chopsticks, and grab items.

5. Does he get along well with adults? Other children his age? Is he good with younger children?
He gets along well with everyone, although he is quieter. He is a little shy, but enjoys being in the company of adults or friends his age. He has a very sweet, easy-going, and joyful personality and a really good heart. He is also very compliant and seeks to be helpful.

6. What does he think about getting a family/being adopted? Does he understand what that means?
He really wants a forever family. He is twelve years old and has watched six of his same-age friends (“brothers”) be adopted over the past two years. Each time he asks, “What about my family?” He has Skyped a few times with his adopted friends and has a good understanding of what adoption means and life post-adoption.

7. Does he enjoy learning? Is he a fast learner or does it take him longer to understand new academic concepts?
He likes to learn. He really desires to learn and usually picks things up fairly quickly. He is also very diligent to practice.

8. Is he a leader of his friends or does he follow more? Is he extroverted, introverted, or more balanced socially?
He is definitely more of a follower when in a group with his peers. He is very patient and more passive in nature. If the other boys are misbehaving or teasing him, he will ignore them and persevere to do the right thing. However, he will also pursue things by himself if no one else is interested. In this way, he is more introverted in most social settings.

9. What kind of personality does he have? How would you describe him?
As described above, he is a sweet, patient boy who has a strong desire to learn. Unfortunately, due to his special need, he has not had the opportunity to attend mainstream school until he recently began attending a Kindergarten. Although he is much older than his classmates, he has accepted this as an opportunity to finally learn math, reading, writing, etc. He is a content child who takes joy in even the simplest activities such as drawing together or going for a walk. He does not let his physical limitations slow him down and has learned to adapt well. He will ask for help when needed. He would be a wonderful addition to any family.

10. What do you like most about him?
You can trust him to always take the initiative to do the responsible thing. 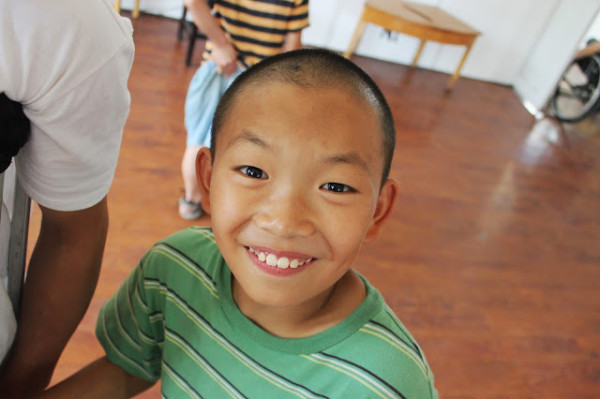 From Robert, who has been able to spend time with Sam:
“He has the cutest smile and is very ticklish. He needs a family of his own more than anything. 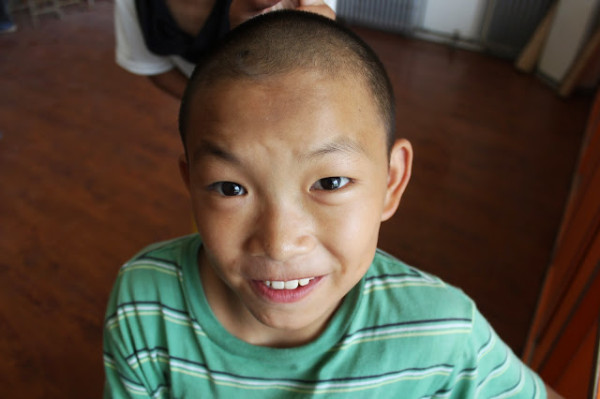 “One of Sam’s favorite things to do is to play outside with his friends. He especially likes hide and seek and soccer. One day we played hide and seek. He was so funny. When I was trying to find him, he giggled as I got closer which gave his hiding spot away!”He also loves drawing and art. Look at the picture below that he drew. I almost couldn’t believe that he drew it. Isn’t he talented!!” 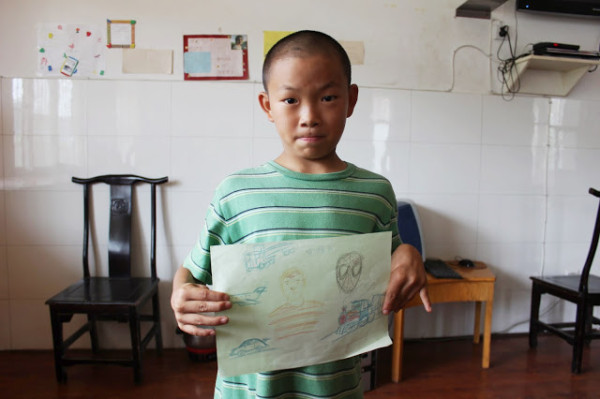 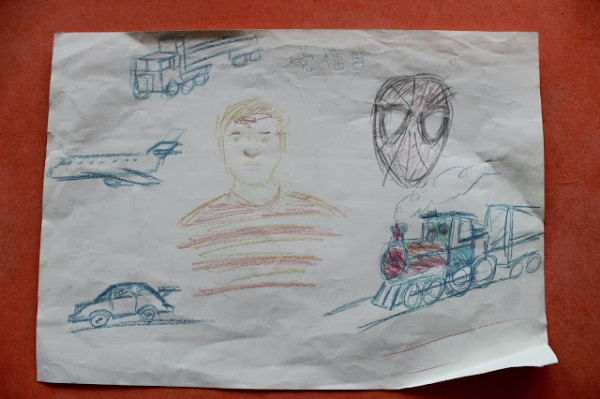 “Sam told us that he likes school, especially language classes. I’m not sure how much English he actually knows but he said it was his favourite class, after art!” 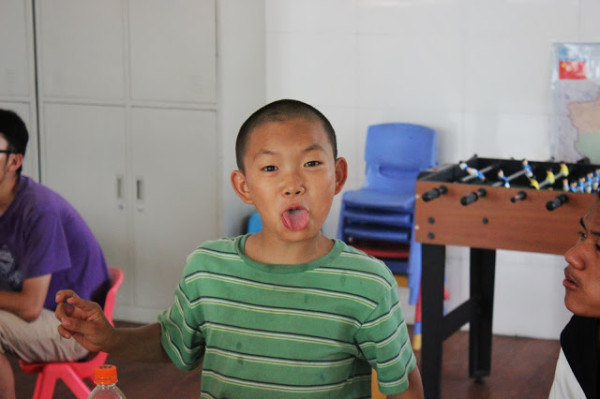 “When asked if he would like to be adopted, he said yes. He will see three of his friends get adopted this year so I think it is all becoming more real to him. He said he likes dogs and would like a dog. And he said he would like some siblings too. (though really I think he would be happy with anything). He said that he would like to say thank you to a family who adopted him.” 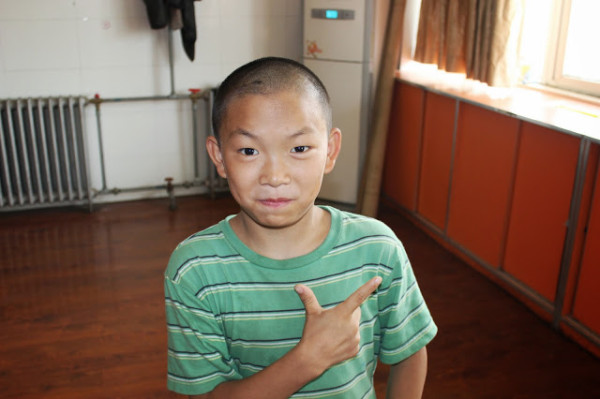 “Sam is so happy and honestly smiles and laughs all the time. His special need causes him to walk with a bit of a limp but he can still run around and from what I saw he can do everything any kid can do. He can walk by himself but he did love holding my hand, and would do so after just meeting me.” 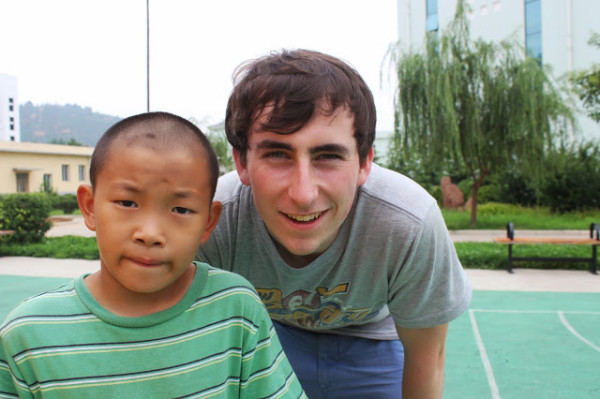 “Sam is a very happy kid and I pray he finds a mom and dad. As I left his orphanage after spending two days there, he sat outside and watched the car pull away until it was out of sight. The windows were tinted so he couldn’t see me but I could see him. He has so much love to offer.” – Robert