5 years old * was “Luke” with Lifeline agency * lives at Bethel * loves to jump, sing, and dance * the happiest while swimming! * 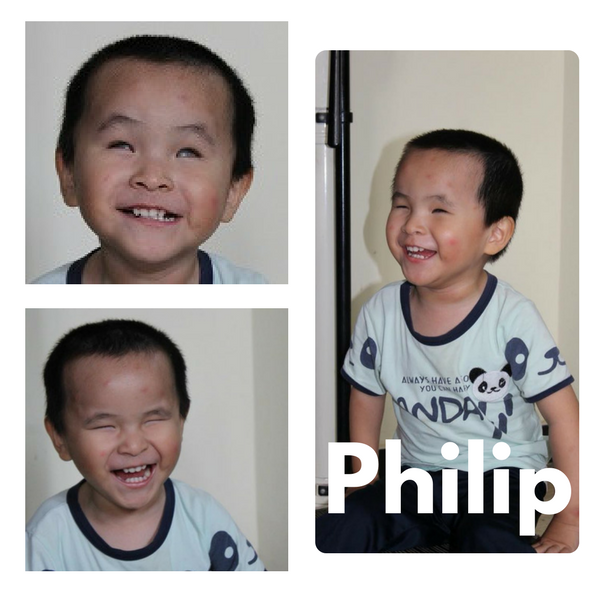 What does he like to do?
“He loves playing in our little room. He loves listening to music and toys that he can shake. He loves being outside! He loves to sing to “Twinkle, twinkle, little star” in Chinese and he learned the chorus of the song before he spoke any other full sentences. He loves jumping and loves dancing to music. We recently went to the pool and he was the happiest I have ever seen him. He belongs in the water!” 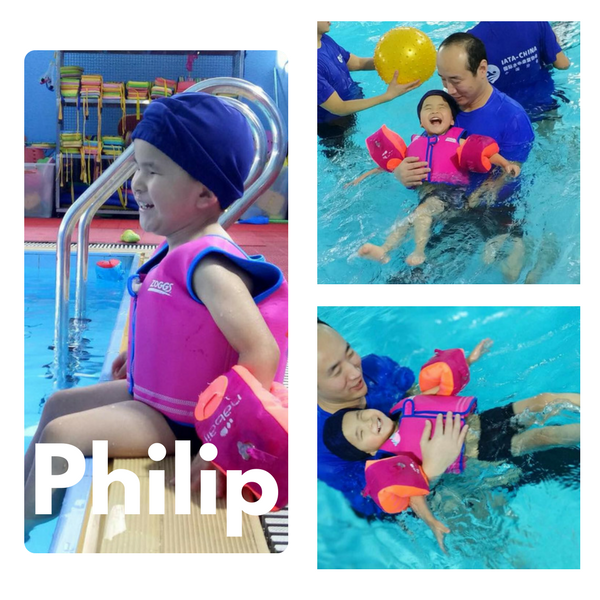 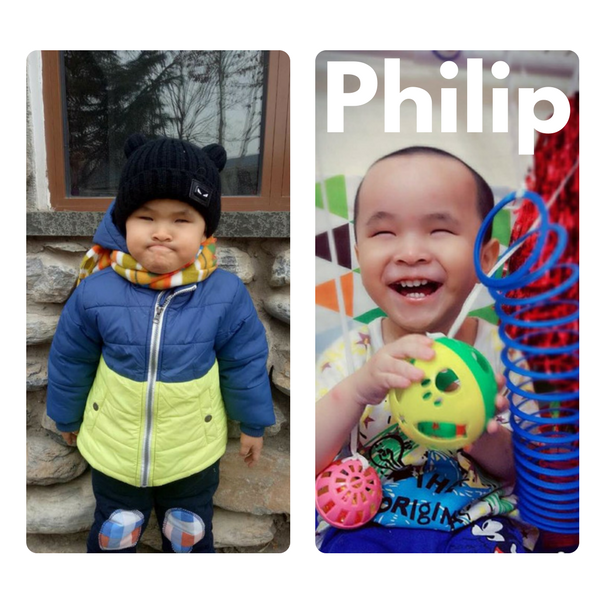 How is he progressing?
“Philip arrived at Bethel in August 2017. Philip was born on New Years Day in 2015. When Philip arrived, he struggled to walk, and didn’t talk very much. In just a few short months, and some therapy, Philip is much more confident in his abilities. In December 2017 he took his first independent steps. He is able to walk on his own, but still prefers to hold onto someone’s hand. He still isn’t much of a talker, but he loves to sing “Twinkle, Twinkle Little Star” in Chinese. Philip is such a sweet boy and he is a great addition to the Bethel Family! We are very excited to have him at Bethel and very encouraged by all the progress he is making” – Bethel

You can also send me an e-mail at any time to ask about Philip, any other child on TwentyLess, or just to ask about adoption. – Jessica