Nathaniel has a Family! 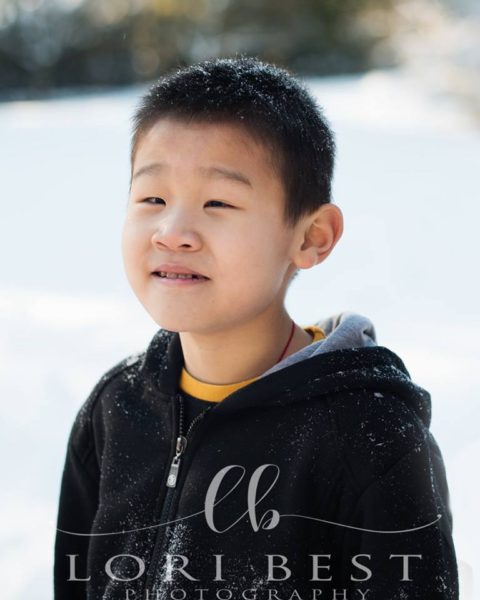 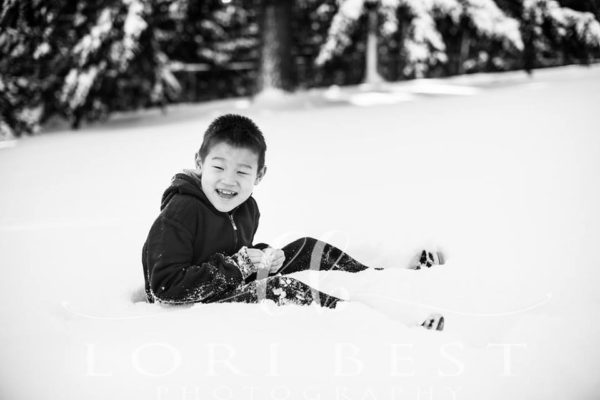 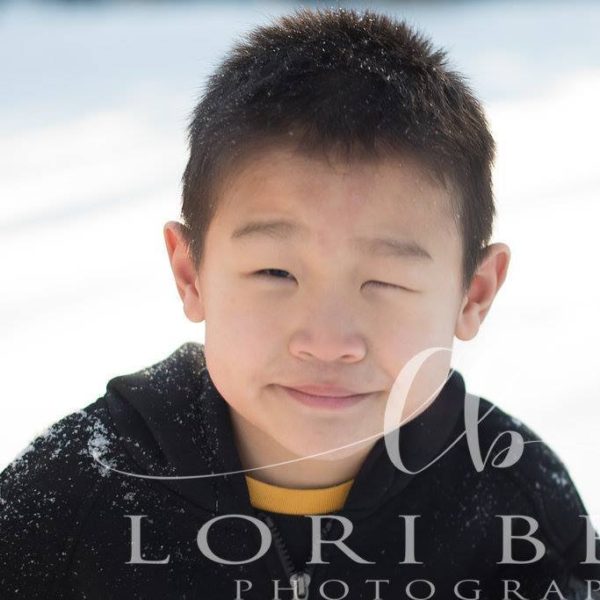 A video put together by Nathaniel’s host family

from appointment with ophthalmologist in the U.S.
“Nathaniel had cataracts in both eyes until he was 5 years old. The cataracts were removed, but the damage was done. His host family’s pediatrician confirmed that he has nystagmus in both eyes as well as strabismus. He will require laser surgery at some point in the future as one of the cataract fixes is slipping. He doesn’t need glasses at this time. His eyes work separately from each other. You can actually see him switch off when one eye stops working. The ophthalmologist says the strabismus is cosmetic only.

Nathaniel is NOT limited day to day by his vision impairment. He has learned to compensate so well that you would never know he’s vision impaired in most situations.” – host family

“Nathaniel reads Mandarin and some English. He can write his name in Mandarin and English. In the time he was with us, he probably picked up 50-100 English words and could use them correctly. I have a video of him riding a stick horse through the house and not running into anything. We have a ranch, one of our requirements was no blind or vision impaired kids:) You could literally walk out our gate and fall down an embankment. He did great. He clearly could see where he was going. Obviously we didn’t leave him unsupervised. He is so ABLE.” – host family

“Nathaniel is getting more comfortable every day. This morning I bought him a dry erase letter and number practice tablet at DG. Within a few minutes of my opening it, he had copied all of the letters upper and lower case, and the numbers 1-10. He also insisted on painting a coloring book picture of sponge bob he had picked out. Every day that he is here, I am more sure that he is not delayed at all. Many children’s files contain that pejorative term ‘cognitive delay’ and it gives families who may be considering that child pause because there is no way of knowing what the ‘delay’ is due to. In Nathaniel’s case he had cataracts that went unfixed for several years. Unable to take in the world around him through his vision, his other senses picked up the slack. He is able to remember numbers and words after only seeing and hearing them once. For example, today I wasn’t fast enough to put in my password on a transaction and he punched in the (correct) last number. We have been super careful to not let him see our computer passwords or my phone password. He almost correctly punched in the key code for my van also. ( he was off by 1 number). This is one smart kid.” – host family 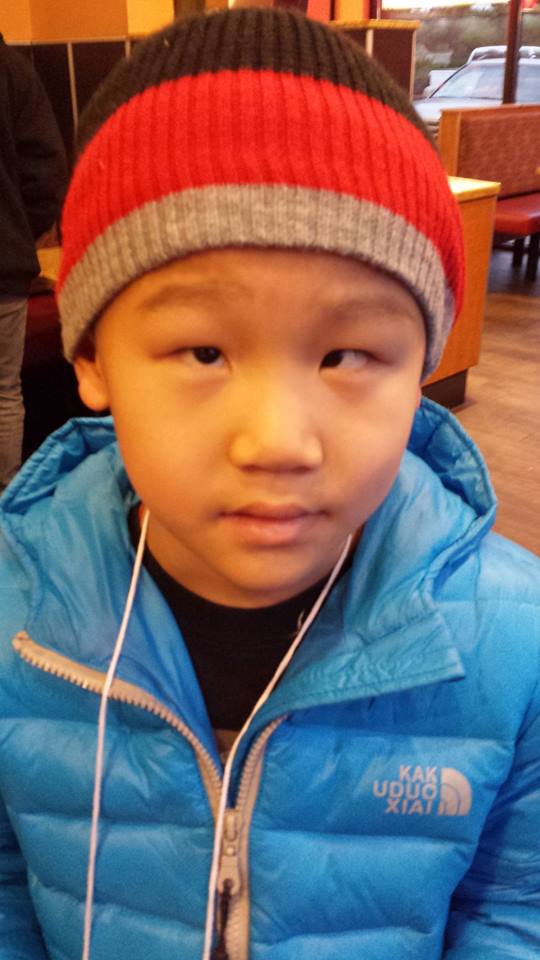 Hosting day 23
“Midnight on the west coast and I’m just now updating;) Nathaniel had a good day today. One of the other host moms said I should give y’all more detail on what foods and such he likes and dislikes. So here goes.. he hates tomato’s and he likes everything else:) Between my Aspie kid and the twins someone is alwayyyys complaining about the food. Not this kid. He stands there patiently with his plate, I give him his portion, if it’s something he really likes, he gives me a thumbs up- but he eats it. He is learning English-well Oregon English, like a boss. He is now the proud owner of several phrases such as: ‘Y’all git on in here!’ and ‘Move ya gol durned dog!’ Wears my husbands hat and walks like him too. Looks like a Chinese John Wayne, he does. The hard days when he’s stimming, I look forward to quiet again. Then he brings me a boo-boo to kiss, and it bothers me so much, that he doesn’t have a mama to kiss his owies. I draw the line at his tush, though. He fell on it, wanted me to kiss it, I said no;) Night everyone.” – host family 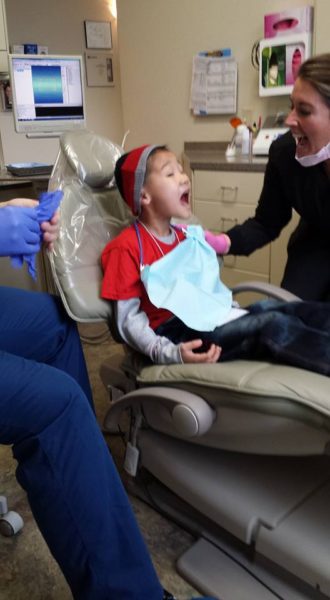 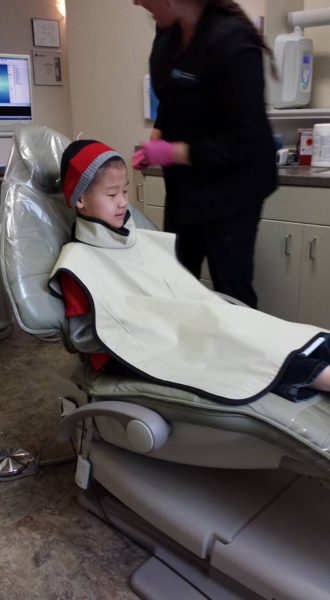 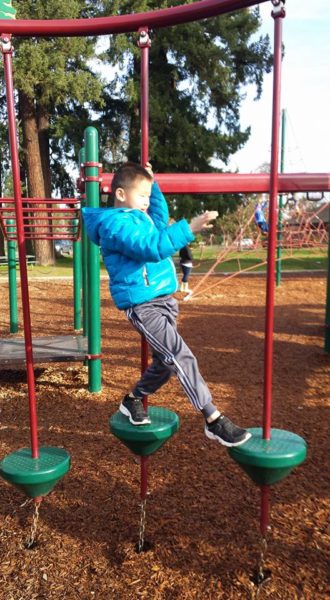 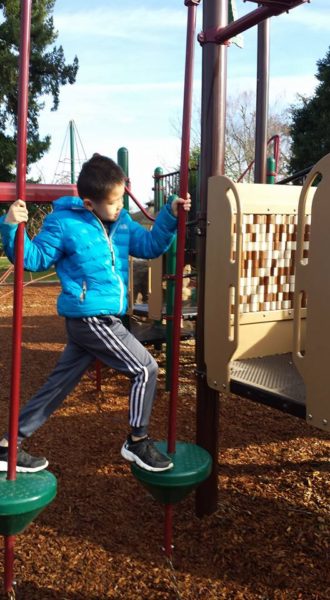 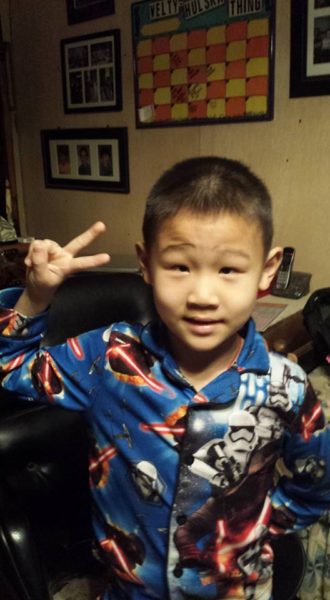 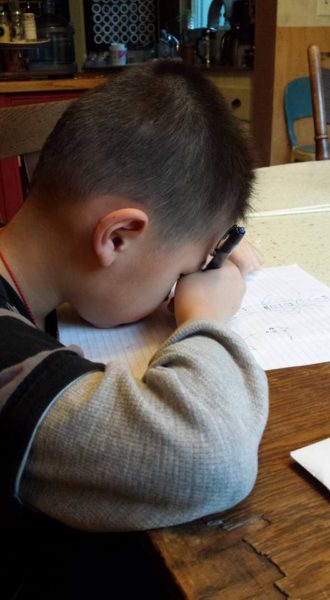 January 18, 2017
“I haven’t talked very much about how he physically looked when we got him at the airport but there is a remarkable difference in the boy we got vs. the boy we sent back. Initially his hair was thin. Once it started growing, he was so excited to have hair, that he stood on the stool in the bathroom combing it, over and over. Though he had eyelashes any girl would envy and perfect little lips, his skin was sallow He was nourished, but thin. He went back seven pounds heavier, and I swear taller although I couldn’t get him to stand still for a measurement. He LOOKED healthier. He had a healthy cast to his skin. This is what love does for a child. Being in a family, even for a short time is not just beneficial to their bodies, it’s beneficial to their souls as well. I do believe if we take the time to pour into these kids the benefits to them and us are lifelong. The 1st picture was taken on the day we got him and the last picture was taken the day before we put him on the plane.” – host family 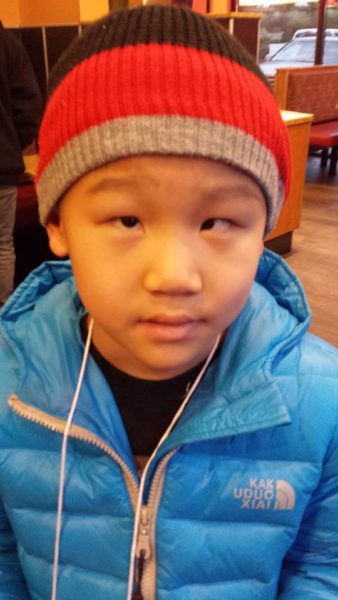 January 23, 2017
“What do you use to define wealth? Is it a lot of money, a big car, boat etc? What if I told you that for one orphaned child wealth is a jar of peaches? What would you say to that? Canning season is a busy season around here, last year we put up a LOT of peaches. Nathaniel quickly discovered that the back hallway shelves hold our canned food from the previous year. Every mealtime, would see him hopefully holding up a quart size jar of peaches. He learned how to wash the jar, check for signs of spoilage, pry it open, and then spoon it into his bowl. Truly, I’ve never seen a happier kid, than him holding all of that wealth of peaches in his hands. It’s such a simple thing isn’t it? We had to check his little suitcase, to make sure he didn’t smuggle any with him. The sad truth is, he has nothing and no-one. Mother Teresa said that loneliness was the greatest poverty, being unloved, unwanted, alone. It may be his reality now, but it’s not unfixable, it’s not, doesn’t have to be a permanent tragedy. YOU can make a difference for him. YOU can share his story. YOU can tell everyone you know about this peach loving, piano playing little seven year old. Don’t wait for someone else to do it. There is a christian song where the artist says ‘ I shook my fist at God, and said Why don’t you DO something? And he said, “I DID, I sent you.” What’s your excuse today?” – host family

Nathaniel’s photos when GWCA met him 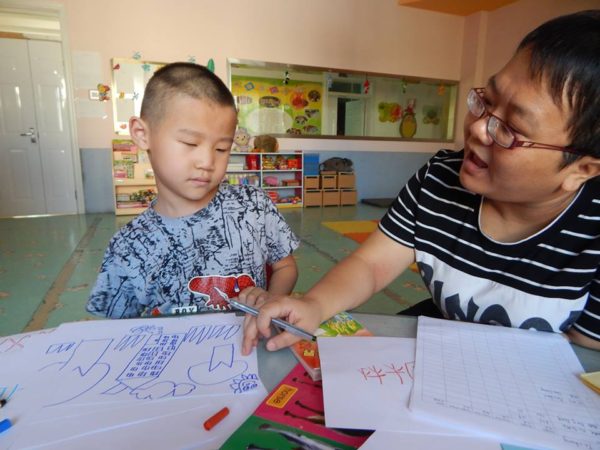 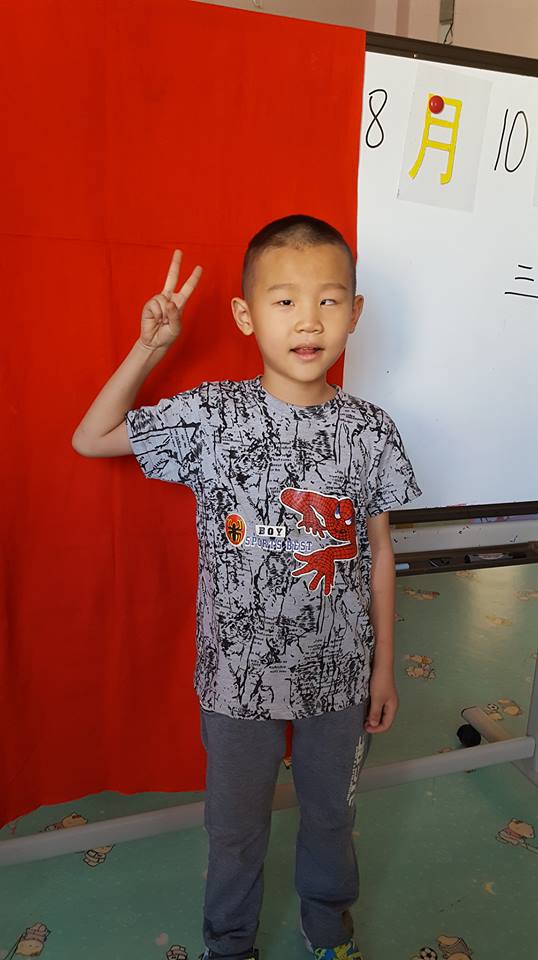