Jon has a Family! 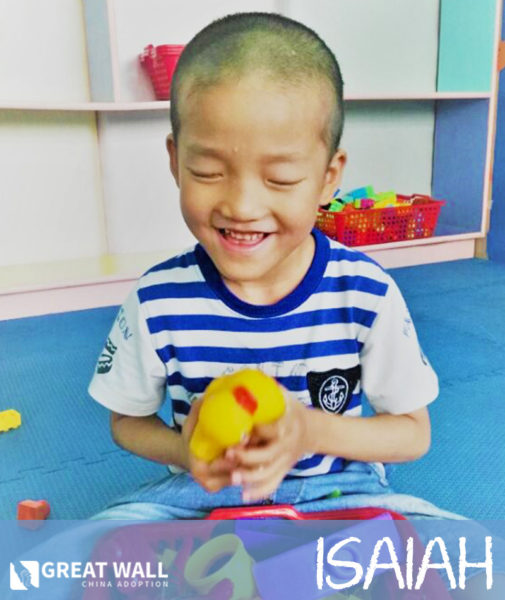 Isaiah is blind and has no vision. He has already had a bilateral enucleation surgery. He does not have any other medical issues. He is very sensitive to sounds and he follow sounds when he hears them, such as when his caregiver’s phone rings, he will follow the sound and go pick it up for her. When his caregiver takes him to school every morning he will hold her hand and trot along side her. Because he is blind he cannot fully self-sufficient as of yet. He needs help getting dressed, although he can put on his own shoes by himself. The orphanage staff feels like he is developmentally behind some of his peers, however they feel that this is due to his vision impairment and not a lack of mental capacity to learn.

New video from July 2017! Contact GWCA to learn more about this sweet boy.

There is a $3,000 private grant to help with Jon’s adoption. You can use any agency with this grant. 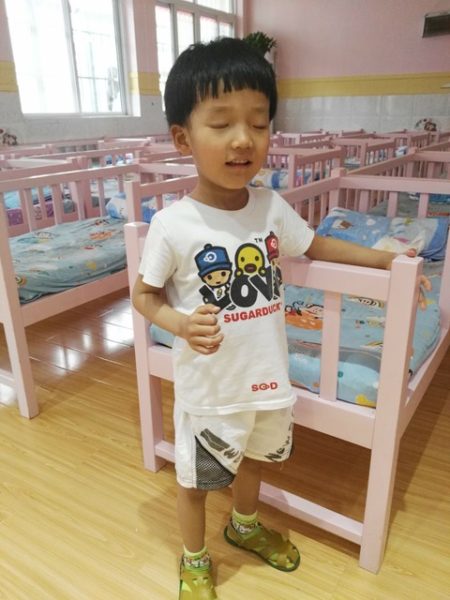 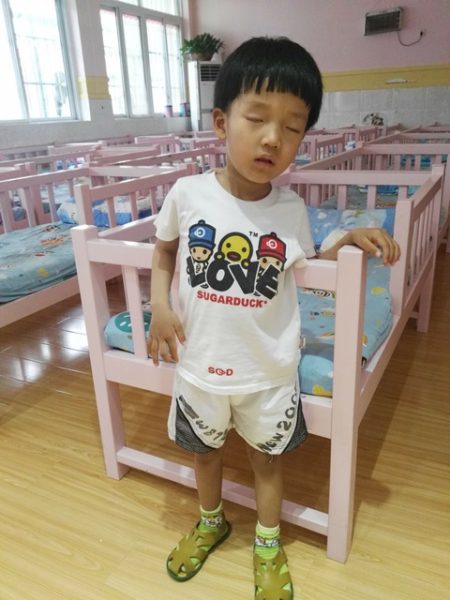 “Jon has no vision. He has already had a bilateral enucleation surgery. He does not have any other medical issues and he does not take any medication.

When he hears the nanny’s cell phone ring, he will follow the sound to go pick up the phone.  When the nanny takes him by the hand to go to school each day, he will trot along with her.  He is not able to be fully self-sufficient in daily life; he does need the nanny to accompany him to the bathroom.  He also cannot eat by himself or dress himself, but he can put his own shoes on.  Because of his vision impairment, the orphanage feels his cognitive abilities are delayed as compared to his peers.

He likes to interact with others and he likes to play games with other children of his age.  He is always very happy when he interacts with other children or with his caregivers.  His personality is lively, but he is somewhat shy around strangers.  He can learn speech from adults, and he can use simple daily language.  He speaks in complete sentences.

He likes music and is particularly sensitive to sound.  He is accustomed to having someone accompany him to hear stories.  He likes to eat sweet food and does not like fruit.”

“4 year old Colby is such a happy kid! He likes to play with other children and spend time with his nannies. A nanny takes him by the hand each morning to walk him to school, and he trots happily along with her. He especially loves when his nannies read stories with him – how sweet! Colby has no vision due to a surgical procedure to treat his retinoblastoma, so hearing stories and listening to music is entertaining for him and a great way for him to use his imagination! He is learning self-care skills, but right now Colby does need help in daily life. His language development is good and he is able to communicate his needs to his nannies verbally. He can recognize voices and use sound to help him get around. When he hears the nanny’s phone ring, for example, he can follow the sound to help him find it. His nannies feel that his cognitive abilities are delayed compared to his peers, and that his vision impairment most likely contributes to this. Colby could do amazing things with the love and support of a family!” 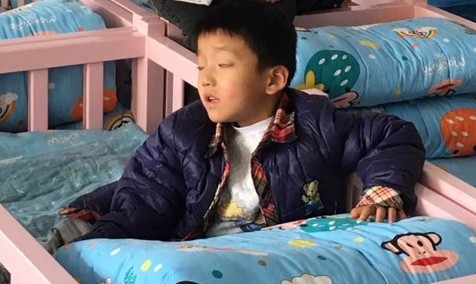 JANUARY 2015 UPDATE
How is his development compared to others his age?  We think he has no mental issues. But because he’s blind, he’s not been exposed to many things, he doesn’t know whole a lot like other children his age.
What is his personality like?
He is lively in places he knows. Although he can’t see, he likes to be with someone he’s familiar with. He can easily lose his temper. He would push other children and be loud when he’s upset. He would ride a hobbyhorse when he’s happy, or murmur to himself. He become very quiet when a stranger getting close to him.
Is he getting any therapy or special services?
Right now he’s not getting any therapy or special services. He plays and interacts with other children and nannies in the playroom.
Is he walking/running?
Yes.
Is he speaking short phrases or sentences?
Because he’s never been taught one by one and he can’t see, right now he’s not really talking yet. He often murmurs to himself, makes sound like “Baobao” (hold), Baba (dad), Dada, etc. And other sounds we don’t really understand what he’s trying to say.
Does he interact with other children or caretakers?
He really likes to interact with nannies. He also plays with other children, but don’t really know how. He would fight for toys with other children. He plays toy keyboard with others.
Are there any other medical issues other than blindness that affect his daily life?
No other medical issues.
How is his general health?
He’s very healthy. We haven’t found anything abnormal.
What are his favorite foods/toys etc?
He likes to eat egg and cracker. He likes to ride a hobbyhorse and he likes toys can make sound. 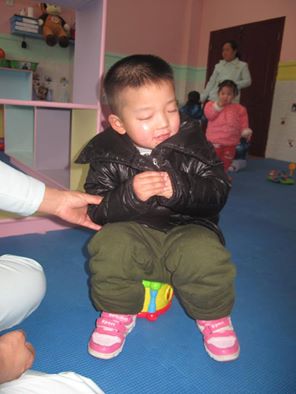 From his March 2013 file: Under the excellent care of the nurturer his spirit, diet and sleeping was normal. Occasionally he cried maybe due to his seeing nothing. As time went, he was adapted to place. Now he is open, likes playing with children and ready to smile. His reaction is quick, his action is quick, can recognize the voice, can search for people according to his voice. He can find Miss Yao though the walker when hear her voice.
Now he can understand simple language, feels happy and excited when loving people visit them. He can clap his hands and tease people. Now he can make simple sounds, like “ma, ba, nai, da”. His legs are strong, can stand for 2 seconds, likes standing with holding, can walk with holding, does not like standing with holding the rail, maybe he can not see and feels afraid. Though there is not light in his world, we believe his life will be colorful through our love and care. 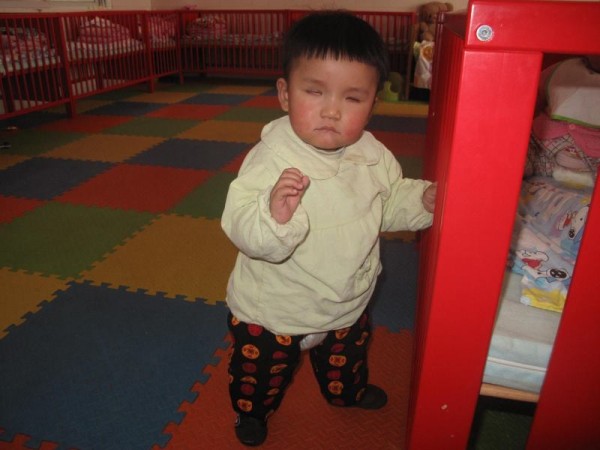