Jason has a Family!

You can read about Jason’s hosting trip here 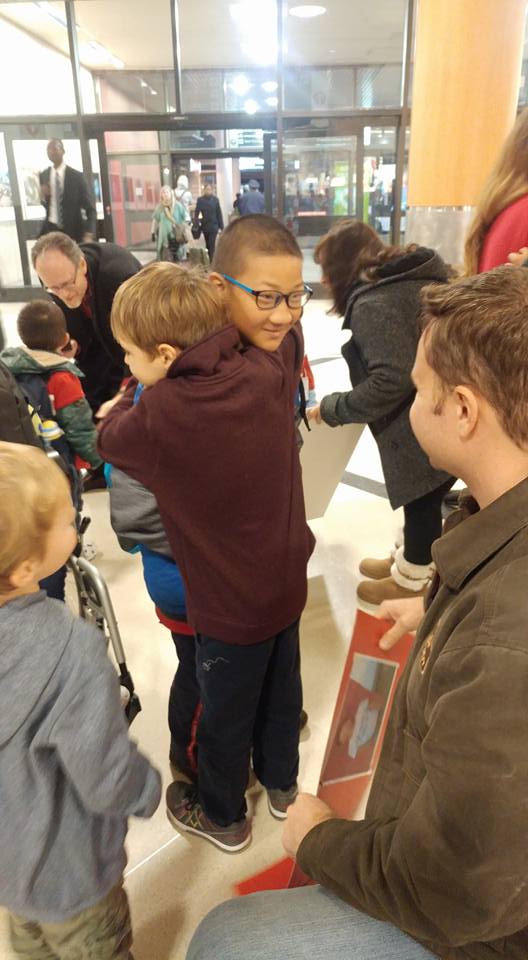 From his winter 2016-2017 host family (Hosted in Georgia – in the states until Jan 12, 2017)
“Jason, a 12-year-old from western China, has been a part of our household for a week now. He is amazing! Jason is an extremely bright child. For the first few days we did not know how much English he knew… then after we heard him recite his ABC’s and watched him spell a few words (that we never taught him), we realized that he was holding out on us. Probably a coping mechanism as he was dropped in a foreign land completely out of his element. Liz asked if he was taking English lessons in school. He smiled and nodded. Smart.” 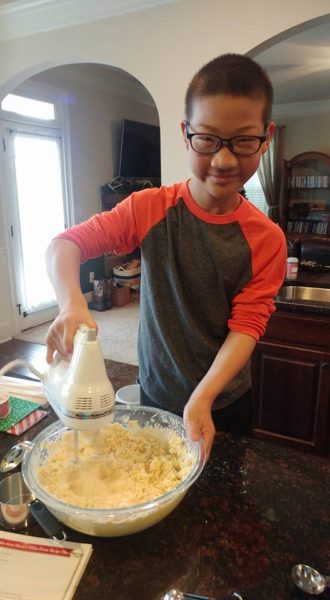 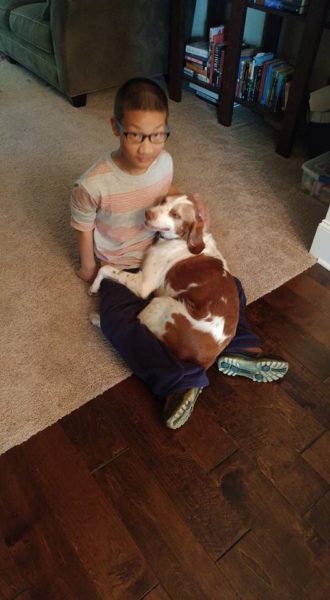 “This kid is great! His English is good enough to understand all of the important things: food, shower, clean up toys, etc. But with the help of Google Translate we can type anything into the translator and he can read the Mandarin translation for himself and offer an answer. The family is learning some Mandarin (slowly). Jason seems hesitant to correct our pronunciation, as I am sure that it is not the best of manners in China, but we are progressing as well.
At the orphanage Jason is known as “Mr. Math.” I put this to the test early on. Jason promptly moved from addition, subtraction and multiplication into long division. How long has it been since you have done long division without the help of a calculator?”

“Jason is a huge fan of the dogs. Instead of sitting on the couches, he sits on the ground so our two bird dogs can come and keep him company. They are quickly becoming his dogs. He does not pass by them without a quick pat.
He also is gentle with smaller children. Both of our sons are younger than Jason, and always quick to instigate a wrestling match. Jason is always happy to oblige and is careful throughout the entire bout. He has also been tutoring our boys in the use of chopsticks. They are quickly progressing, especially in the put-your-face-close-to-the-bowl-and-slurp-vigorously phase. Jason is polite in all situations, even sitting through our kids’ recitals and church with impressive patience. His manners are impeccable.” 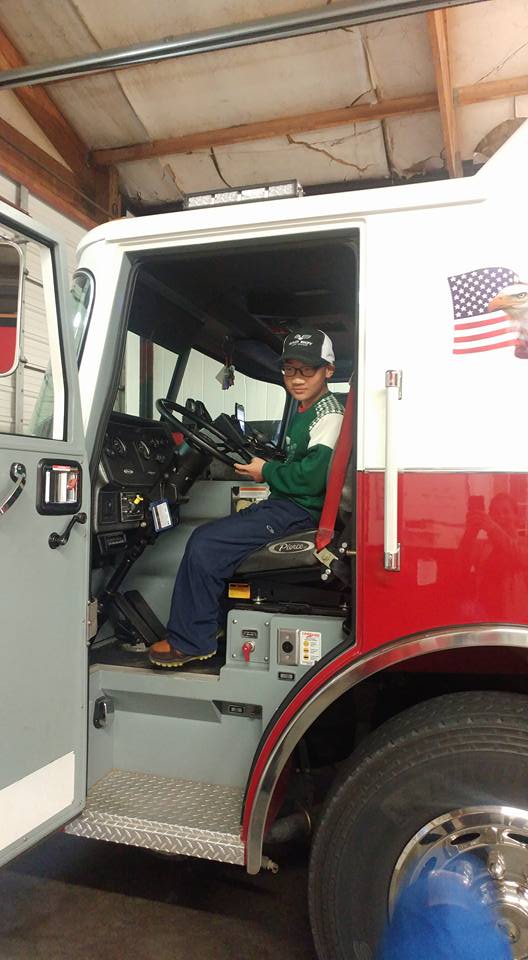 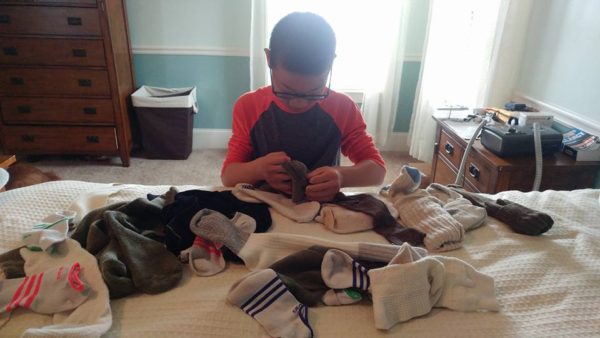 “We have taken Jason to the pediatrician since his arrival. He has had heart surgery for a congenital defect and bilateral knee surgeries. The doc said his heart sounds good, but we still do not know what is going on with his knees. All we know is that he does not let his knees slow him down. He rides the kids’ scooter like a wild man, runs, jumps and is learning how to ride a bike.”

“In all things, Jason is pleasant and well-mannered. He will be a great addition to any family.”

January 3, 2017 (by host family)
“Jason had his last (and 5th!) medical appointment today. We saw a pediatric orthopedic physician, and they took x-rays and did an exam. While Jason’s knees seem to be in a naturally occurring rough state, it doesn’t seem to bother him. They were surgically corrected in China several years ago, and it seems the doctors did the best they could. He may have some limitations (i.e. no trampoline parks or marathons), but for now his knees are ok. If they bother him as he grows up, he will need to see an ortho who specializes in complex knee reconstructions, but for now there is no need for that and nothing else to be done.
We went out for lunch (the kid loves Chick-Fil-A chicken nuggets and sandwiches, as well as fries. He’ll do great in an American family ;), and then to Academy to get new pairs of shoes for rough little boys. Levi wore a hole right through the top of his shoes because he thought it would be a good idea to drag his foot along while riding an electric scooter. I just wanted Jason to have an extra pair of shoes. Of course, we can’t go to Academy without playing with the golf clubs, so the boys entertained themselves for a while. We went to the park afterwards. Jason played some, but then told me he was bored. This didn’t surprise me, given that he is almost a teenager and probably doesn’t spend as much time playing outside as my monkey children require. We came home and he spent a little time playing on the tablet.

He got the first call from the chaperone preparing him for the return to China (they call the kids every other day or so beginning 10 days prior to their return. This helps ease them into it, and helps them to adjust to everything, rather than springing it onto them at the last minute). He has seemed a little down today after receiving that call. Still sweet, curious, and helpful, but a little less spunky. Are you the family that he is missing? “