Edward at Bethel has a Family!!

11 year old Edward is really smart and loves learning English. He is very high energy, but has not been officially diagnosed with anything.

You can help his family get to him by contributing to his adoption account! Thanks! 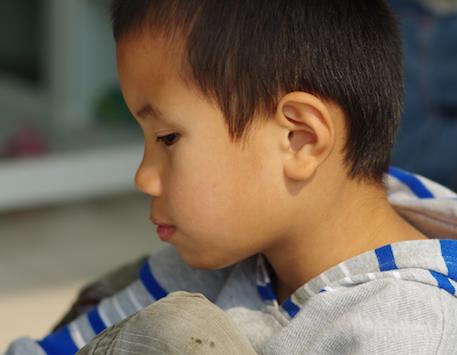 FROM HIS ENGLISH TEACHER:

“There is nothing half way about Edward! He is exuberance personified, love freely given, excitement uncontained, curiosity ignited, energy radiating. Picture this: the volunteers meet up at his building and we ring up to the boys’ apartment. Oftentimes, it’s Edward who answers. He never says, “Hello!” He says, “Suzzie!” As we climb the stairs, we hear the door open and Edward starts calling, “Suzzie, Suzzie!” 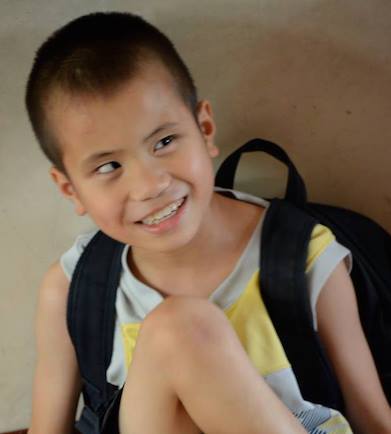 As each person comes in the door he touches their arms and asks,“Suzzie? Suzzie?” When I come through and greet him, he wraps himself around my waist with a huge grin and says, “Suzzie, Suzzie, Suzzie, Suzzie…” My family doesn’t greet me with that much love and enthusiasm when I’ve been away for a month! In Edward’s world, I belong to him. I am his teacher and he loves lavishly. 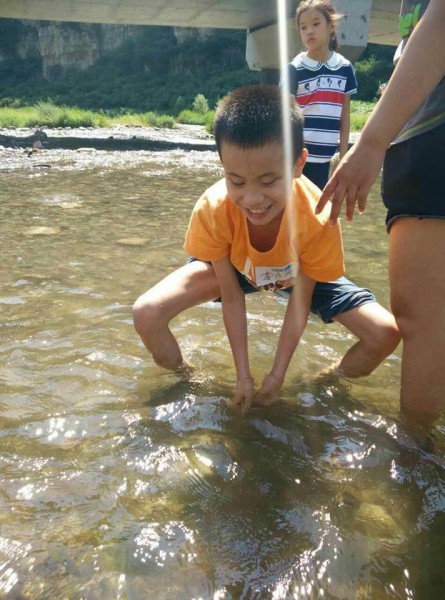 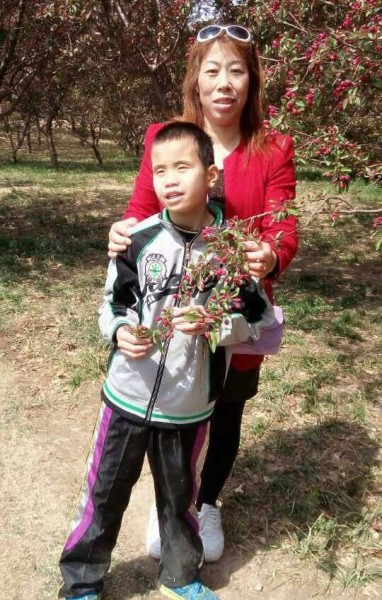 Education is what I do in China. I’ve been in the public school classroom for 17 years and as a teacher, I have been saddened to see Edward relegated to the place of many exuberant little boys, the back corner. Classrooms are jam-packed with 40 students or more! Edward’s school might be a little different because of its focus on blind students but even so, teachers are under so much pressure to meet the multiple demands of so many children (and don’t forget the parents who all want their only child to have a better chance than every other child). Differentiation? That’s not a thing here. So, a boy such as Edward? He is needy. He is noisy. He takes so much effort! And, as with most of those kinds of boys, his mind is working a million miles a minute and he has questions and he needs to move and so they assume something must be wrong with him and insist on doctors and medication and intervention.

He is bright. He is curious. He is fabulous. 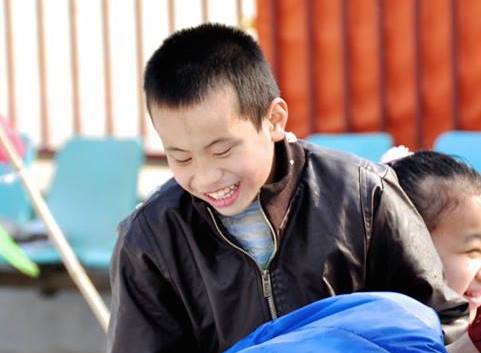 When will I get a family?
Edward wants to know, as his friends get adopted, when will he get a family? I asked him what kind of family he wanted and he didn’t really have any requirements, but he did think a big brother might be cool! The really awesome thing about Edward, which my whole family has come to appreciate, is that he’s so incredibly grateful for the little things. For the one hour each week that I give to him, he is thrilled. For the bubble wrap that we save for him, he is ecstatic. For the trip to go sledding, he could not stop giggling and eating snow. It is never easy to know how to help Edward and to meet his needs, but it is amazing to know him, to feed his curiosity and passion for life, and to be loved by him.”

FROM BETHEL (Where he lives)
“Edward is not the same boy that came to Bethel in 2008! When he first arrived he was very afraid of the unknown, especially sounds that he hadn’t heard before. He didn’t want to talk to strangers or touch anything new. He preferred to play by himself instead of with the other children. He was born in June 2004.

Today Edward is one of the most energetic, outgoing kids at Bethel. He loves to do everything fast–sometimes you can see him running down the hill to his house waving his cane in the air, even though he is completely blind! He doesn’t want to miss a second of the fun.

Edward’s personality
-loves to sing and dance
-He often makes his ayi’s laugh with his silly dance moves.
-He enjoys playing with a variety of toys, but especially with the cars.
-He is always cheerful and likes to play with everyone at Bethel.

Edward ran in the Beijing mini marathon in October 2013 and he often goes to the park to run 3-5km.  Physical education is one of his favorite activities at school, but Edward is good at other subjects as well. He is the best in his class at Braille, and also is a very good English student. His only hindrance is that he loves to be active so much he has a hard time sitting still, so we have set up a special program where he gets to run on a treadmill before he goes in to class so that he can focus on his studies. We’re very proud of the active, fun boy Fang Tao has become, even though he makes his ayis and teachers tired just watching him.

In August 2013, he moved to a new home by the Beijing School for the Blind. He lives with 6 other boys from Bethel and some Bethel caregivers. He is in Grade 1. He is receiving a great education, is learning cane skills, Braille as well as all of his other classes.”