Chessa has a Family!

5 yr old CHESSA is just beautiful. Her first years have been a rough road and because she hasn’t received the nurturing and medical attention she so desperately needed, it is now even a bigger struggle to find a family who will believe in her, who will take a chance on her. She’s just a sweet little girl who needs a family to love her and fight for her. 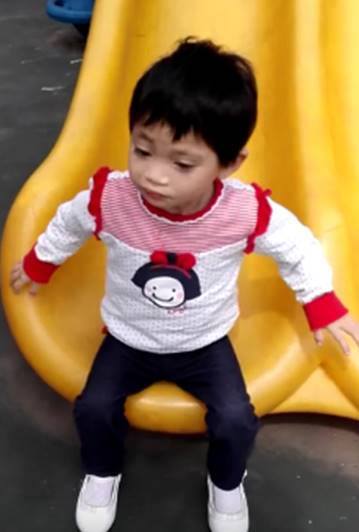 Chessa is currently on the shared list.This sweet girl was born with a cleft lip and palate.  Her lip was repaired, but not her palate.  Due to repeated ear infections,  because of an unrepaired palate, she lost her ability to hear and is now deaf.  This sweet baby does exhibit some institutional behaviors where she will spin or shake her head.  It is unclear if this is just due to the circumstances she had to endure early on or if this is something more.  One thing is clear, she needs to be at home with a loving family to support her!

“Chessa has spent all of her nearly four years living in her orphanage. She received cleft lip surgery in 2012 but currently has not had her palate repaired. She is only able to drink milk and is not given solid food. Due to her palate issues she has suffered repeated ear infections that have left her deaf. She does not speak because she cannot hear.  Her lack of speech could also be because of her open palate. Please don’t let that scare you from asking about this precious child.  ASL can help with communication.

She likes to play alone or stay with the aunts. She is afraid of strangers. She can walk and climb. She does not run or jump. Chessa has good fine motor skills.

Unfortunately for Chessa she has had an IQ exam that did not account for her lack of hearing. She also carries a diagnosis of mental delay. What opportunities would this girl have if she was taught ASL? What would it be like to be trapped in silence?

Chessa does exhibit some institutional behaviors. She likes to spin and shake her head. It would be impossible to know if this is the result of her silent isolation or if she has some autistic behavior. Chessa has round and big eyes, black and bright, has long eyelashes, making her eyes beautiful. She is gentle, smart and obedient, and is a quiet little girl.”